Our employees, guests and communities are the main ingredient in our recipe for success. Our mission is to continue to provide impeccable service and to excel through our extreme knowledge of the bar, restaurant and entertainment business. We continue to surround ourselves with high-energy, motivated individuals who bring different perspectives and ideas to the table. Our goal is to have our guests repeatedly return to our locations and to keep our concept fresh, exciting and on the cutting edge of the industry.

Mark Cirillo, Joe Vaught and Eric Lingenfelder are the founders and principals of Verant Group. The company was created to develop a highly successful group of bars and restaurants and has spent the past 13 years building each entity on a strong foundation of knowledge, trust, communication and a solid sense of a team environment. They are now in the process of taking the company to the next level. Mark, Joe and Eric are each involved in the day-to-day operations in every location. They have input in all the company decisions from entertainment concepts to menus. The partners perform their due diligence and research to determine where the next location will be. Collectively, they possess many years of experience as they each started out in the industry as servers, door security or dishwashers and worked their way up throughout the years gaining a well-rounded understanding of the bar, restaurant and entertainment industry. 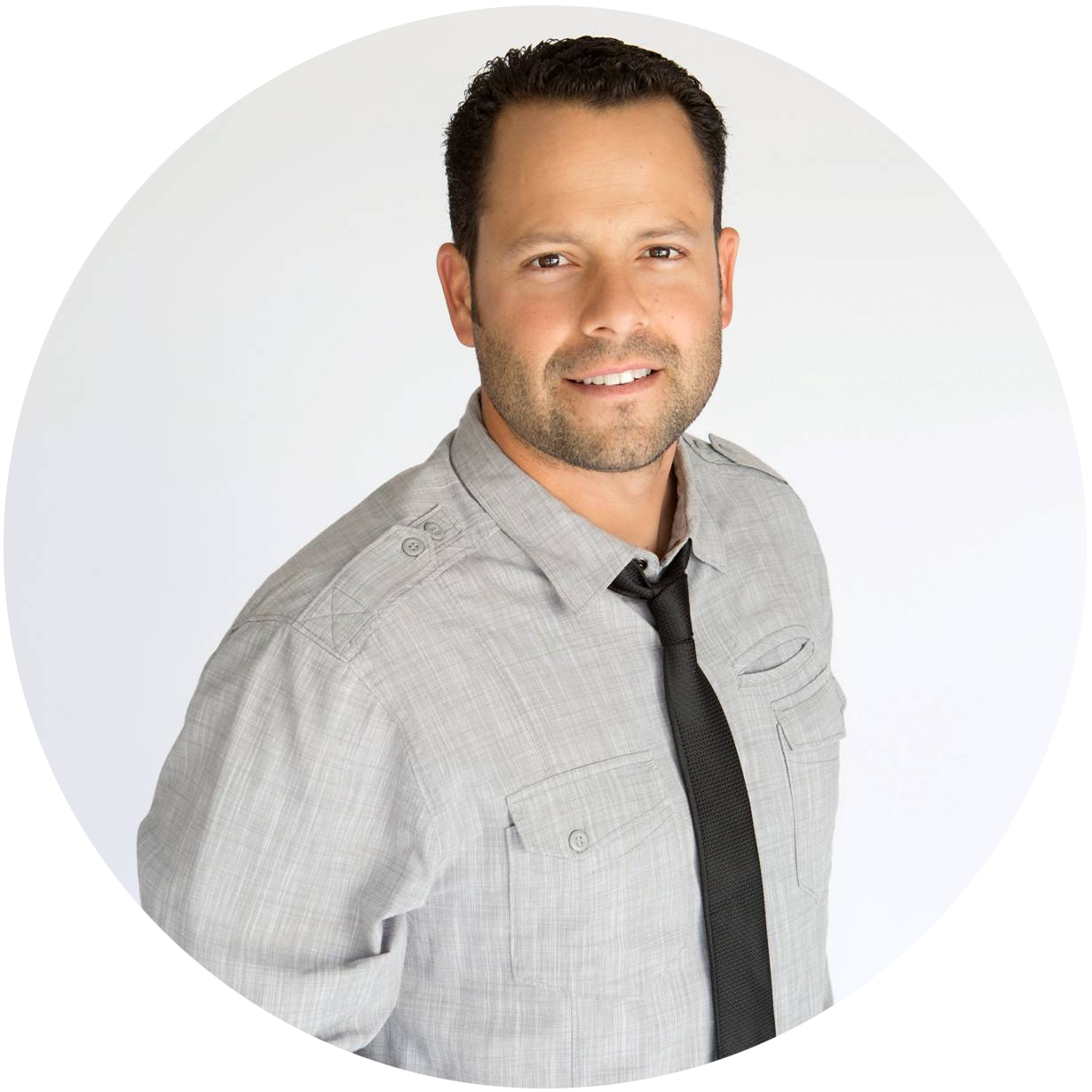 Eric Lingenfelder is leading San Diego’s restaurant and bar scene, year after year. He’s an entrepreneur and partner of the Verant Group, a San Diego-based restaurant and bar organization. He’s also one of the partners behind Mavericks Beach Club, the latest hot spot making waves in Pacific Beach. Eric has been a partner of the restaurant industry for more than 25 years. Born and raised in San Diego, he started bussing and waiting tables and the age of 16. Soon after graduating from San Diego State University with a degree in Communications, Eric knew he had found his niche. In 2003, after much hard work and determination, he formed a partnership with Mark Cirillo and Joe Vaught. This partnership launched Verant Group.

While bartending at PB’s mainstay, Tavern at the Beach, he developed an affinity for the restaurant biz. Fast forward to current day and Mavericks Beach Club is the seventh restaurant Lingenfelder has opened with Verant Group. Eric can proudly say he is living his dream. With a passion to create successful venues, he has a knack for giving people what they want. Eric has found a way to pass along his enthusiasm for life to not only his customers, but his employees as well. He’s involved with every aspect of building a successful business, whether it’s evaluating a location for development or welcoming patrons to one of his establishments. Becoming integrated within the community has always been very important to Eric. He was the past president of the Pacific Beach Business Improvement District and member of the Hospitality Task Force. Eric has also participated in San Diego’s Community Court.

When he’s not developing, running and conceptualizing restaurants/bars, Eric has a love for the outdoors and all the activities that come with it. From taking off for week-long motorcycle adventures to boating around the Pacific, this man has a thirst for life like none other, and his establishments reflect that. This passion also led him to launch Overload Adventure Company in 2017, San Diego’s southern California premier adventure company specializing in motorcycle adventures, power and sailing yachts, air travel and acrobatic flights.

Mark Cirillo grew up in Upstate New York where he began his career in the restaurant and bar industry. He later bartended and managed at various locations while attending Southern Connecticut State University. He spent the summer of his junior year bartending in Lake Tahoe where he met and kept in touch with many people who lived in San Diego. Mark returned to college and graduated with a Bachelor of Science degree.

Mark decided to move southwest to sunny San Diego in 1990 to explore other horizons. He quickly got back into the restaurant and bar scene and worked at a microbrewery in Pacific Beach for a little over a year. From 1992 to 1995, Mark managed Plum Crazy Saloon in Pacific Beach. In 1995, he became the General Manager of the Bitter End in Downtown San Diego where he maintained a hands-on role with the construction and build-out of this new store.

Mark’s career solidified in 1997 when he and business partner Joe Vaught purchased The Tavern at the Beach. A few years later, Eric Lingenfelder was brought into the team to complete Verant Group. Together, and over the course of the past few years, Verant Group has grown to encompass seven bars and restaurants in California.

“I am grateful that we [Verant Group] have formed a successful alliance and that the communities we are established in have welcomed us and supported us throughout all our endeavors,” said Mark. “I really enjoy seeing how many people’s lives we affect. It is truly an honor to have over 500 people working with us toward the same goal.”

Although many of the areas each partner specializes in overlap with those of the other two partners, Mark is mainly responsible for overseeing all of the financial and legal issues for Verant Group. He also deals with much of the internal daily operations.

Mark is on the Hospitality Task Force and has been involved with many charity and fundraising events throughout the year. He lives in San Diego with his wife Nancy and their two children.

Joe Vaught calls himself a NorCal boy. He was born in Sacramento and spent the first 25 years of his life between Lake Tahoe and the Bay area. He received his Bachelor of Science degree from Sacramento State College where he double majored in Psychology and Business.

Joe’s first experience in the restaurant industry was at the ripe age of 14 as a dishwasher and prep cook for one of Sacramento’s top-ranked steakhouses. He then spent the next 14 years moving up the hospitality career ladder gaining invaluable experience as director of food and beverage for Hilton Hotels, wine sommelier for Red Lion, and as the maitre d’ for BG Hotels.

In 1986, Joe decided to move to San Diego after visiting and subsequently falling in love with the city. The following year he began working for Southern Wine & Spirits, the largest wine and spirits distributor in the US. He spent the next 15 years as one of the company’s top wine salesmen. A few years later, Joe met Mark Cirillo while Mark was operating a local beach bar. Joe became his wine and spirits salesman and they struck up a friendship. They often discussed the possibility of opening up a bar of their own. In 1997, that possibility materialized and the two of them purchased The Tavern at the Beach in Pacific Beach. Four years later, they opened Sandbar Sports Grill in Mission Beach.

In 2002, Joe left Southern Wine & Spirits to take over the operations and focus all of his energy on The Tavern at the Beach and Sandbar Sports Grill. Since then, Eric Lingenfelder has been brought aboard to complete Verant Group and together they have grown to include seven bars and restaurants in California and Arizona.

“My goal is to build Verant Group into one of the largest bar & restaurant companies,” said Joe. His experience with both sides of the industry and the hands-on build-out of numerous bars and restaurants give Joe the knowledge and skills to continue to make this a reality.

Joe believes in giving back to the communities that have given him so much. He has been involved in many charitable organizations including the American Cancer Society, Make-A-Wish Foundation, United Way, I Love a Clean San Diego, and Widows’ & Children’s Fund for 9/11. He also raised over $50,000 for the San Diego Junior Lifeguards and was named San Diego Lifeguard “Man of the Year” in 2006. He is a member of Discover Pacific Beach and Morena Business Association. Joe lives in San Diego with his wife Jennifer and their daughter.